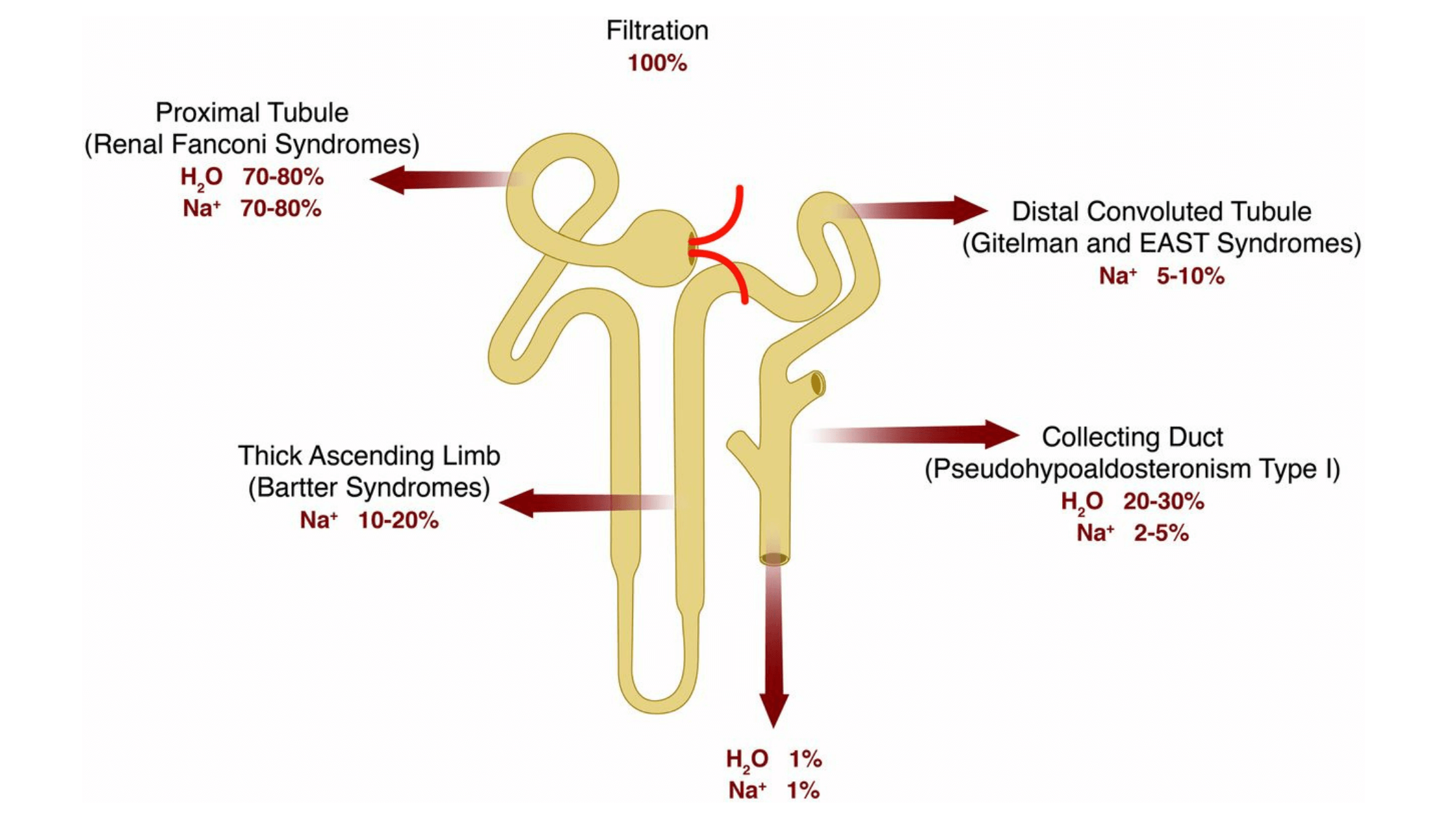 Barter syndrome is a group of similar and rare genetic kidney disorders that affect the normal functioning of the kidneys. The condition is marked by the excessive flow of salt and calcium during urination. It causes the levels of potassium to reduce and increase the acid levels in the blood. The imbalance of potassium, sodium, chloride, and other such molecules in the body can lead to many other health implications of concern.

This syndrome is often termed aldosteronism with hyperplasia of the adrenal cortex or juxtaglomerular hyperplasia with secondary aldosteronism. It is basically classified into two major forms that are distinguished based on their age of onset and the amount of severity.

Also, hypercalciuria sets in that cause too much calcium to be lost through the urine which in turn causes osteopenia, a condition where the bones get weakened. Some of it also gets deposited in the kidneys and causes hardening of the kidney tissues (nephrocalcinosis). The syndrome is also characterized by weakness in muscles, cramps, and fatigue as the potassium levels in the blood are affected (hypokalemia). There are rare incidences, where the child develops hearing loss (sensorineural deafness) due to abnormalities of the inner ear.

What causes this syndrome?

Bartter syndrome is a genetic disorder and mutations in at least five of the genes are associated with it.

Type I is caused by mutations in the SLC12A1 gene.

Type II is caused by a mutation in the KCNJ1 gene.

Type III is caused by the CLCNKB gene.

Type IV is caused by the BSND gene or a combination of mutations in CLCNKA and CLCNKB genes.

The proteins produced by all these genes help the kidneys function properly especially in dealing with salt reabsorption. Mutations in any of them cause too much salt in the urine (salt wasting) which can lead to disturbances in the intake of other charged atoms (ions) like potassium and calcium. Research says that Types I, II, and IV can be associated with Antenatal Bartter syndrome and since, Type IV is linked with hearing loss, it is also sometimes known as Antenatal Bartter syndrome with sensorineural deafness. The Classical Bartter syndrome is characterized by Type III.

The condition is inherited as an autosomal recessive pattern i.e., both the parents carry one copy of the mutated gene, but they usually show no symptoms. However, the recessive mutation is carried over to the baby. A subtype of this Bartter syndrome is Gitelman syndrome which occurs later usually after the age of 6 and remains through adulthood.

Although the symptoms associated with the disease might vary between individuals, some common ones include:

Newborns with antenatal forms of the disorder can show symptoms like:

The antenatal syndrome can be diagnosed by testing the amniotic fluid in the womb. In the classic type, blood and urine tests are usually performed. Genetic testing can also be done. Once diagnosed with the ailment, special care should be taken by kidney experts. Since the disorder has no cure, medications are required for a lifetime.

Although it is a genetic disorder, most people affected by the syndrome lack any data regarding the actual cause. Researchers are still searching for more genes that might be associated with the condition. This disease affects about one out of a million people throughout the world and is more prevalent amongst the Costa Rican and Kuwait populations. Further research is absolutely necessary to enlighten people more on this rare syndrome.